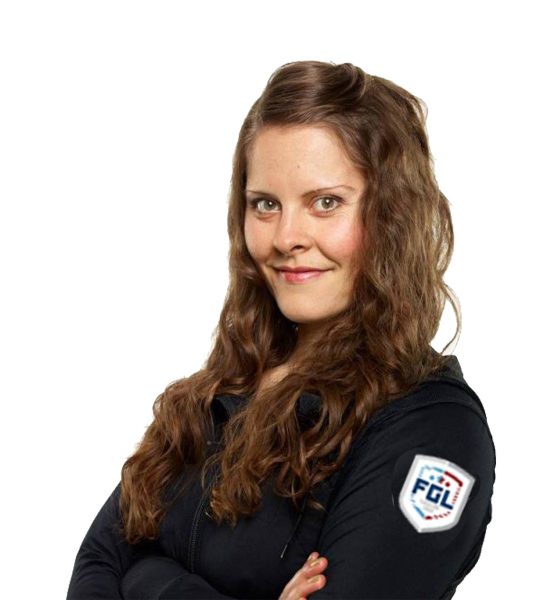 Ruby is the COO of the AGA.  Her responsibilities include overseeing the daily operations of the company, working closely with the CEO and staff to execute both on long term goals as well as near-term projects.  She manages the communication of all Leagues, is the head of HR and accounting.

Ruby has also served as the Director of Operations for the FGL (2015-2018), Miami Surge (2014-2017) and Liberty Box League (2013).  Her duties included head of accounting including payroll, human resources, ticketing, travel operations, event management including day-of execution, venue selection, training, leading staff and volunteers, facilitating set-up and break-down of venue, scoring and managing timelines.  Ruby also served as Chair of the Communications Committee with the NPGL and was a member of the Finance Committee.

Prior to her career in events, Ruby began with [G] Wis Concepts in 2008 as part-time Administrative Assistant and grew her role to include project management of all clients/projects, as well as accounting, year end reporting, guiding bi-annual board meetings and tax prep.  She is also credited with helping to grow the business exponentially since coming on board.

Ruby calls herself “the Queen of spreadsheets,” and balances Mather with her ability to remain detail oriented, adhere to timelines, manage and train employees, execute events, and manage a budget. She is thrilled for the chance to realize talent and nurture growth in contributing staff, as well as develop a sustaining and fulfilling company culture for the AGA from the top down.

What it’s like to be a mom and entrepreneur

What it means to me to be an entrepreneur and a mom** **This is my specific list - others lists would be completely different than mine...it’s not a contest, nobody is ‘winning,’ we’re all just doing the best we can.  Honesty is my goal here. It means staring into the...
Read More

What’s up with the name?

When we wanted to launch a blog that detailed our personal journey, we brainstormed together what to call it.  Pretty quickly, it came to us:  Would You Walk A Little Faster?   It might sound like typical sibling competition or annoyance, and we laughed at that...
Read More

Mather and I hear all the time “it’s so cool you guys work together, that would never work in my family.”  (especially when we tell them we often work with our mom as well). The thing is, it’s not like it’s magic - we butt heads, we disagree on just about everything,...
Read More

Season 2 = ☑️
I’ve been thinking about this #crypost for days, and how to appropriately explain how difficult, rewarding, inspiring, and insane this weekend, this job, this sport are and it’s just impossible to describe. But I’ll try.