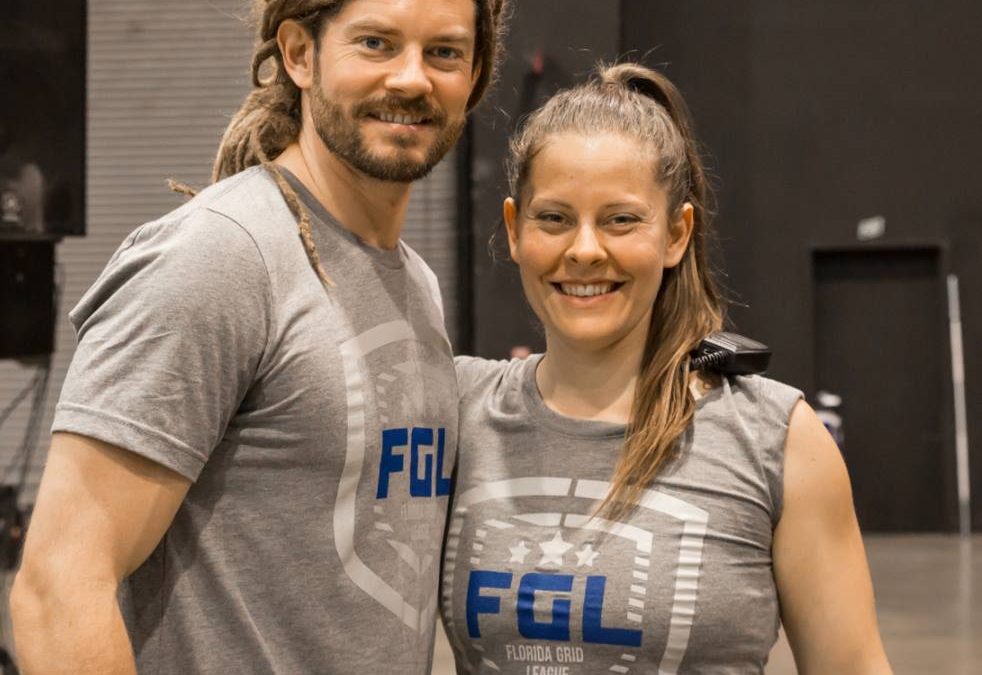 Mather and I hear all the time “it’s so cool you guys work together, that would never work in my family.”  (especially when we tell them we often work with our mom as well). The thing is, it’s not like it’s magic – we butt heads, we disagree on just about everything, and it’s impossible to take the family dynamic out of our working relationship altogether.  We have a very close relationship now, but it wasn’t always that way, and it hasn’t always been easy to work together. The way we communicate, make decisions and trust each other now has taken a LOT of work and effort. 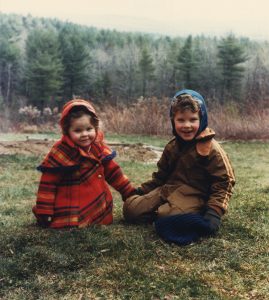 When we were little kids we were the best of friends, but when we hit high school there was about a decade where we couldn’t stand each other.  We barely talked while we were teenagers, and even though we attended the same university overlapping for 2 years, we never hung out together.  It wasn’t until I was about to graduate college and move to California that the ice started to thaw and the familial bonds began to trump the teenage angst that we took out on each other.

When I moved back to Philly a few years later, Mather helped get me my first ‘real’ job as a project manager at the same company where he worked.  The year I spent working with him, seeing how much he impressed his bosses and coworkers and how damn hard he worked made me proud that he was my big brother, and try to live up to his example.  Often times our cars were the first in the parking lot and the last to leave, and I learned so much from watching him. We’ve pretty much worked together in some capacity ever since.

But we’ve had a lot of work to do in order to create a positive working relationship.  There have been some pretty hardcore overreactions on my part to suggestions or criticism from him (even when it’s clearly warranted) and there has been some solid bullheadedness on his part when I need to make changes to his process for the good of the business.  We have all the same problems any two people with opposite personalities have but with an added layer of years of childhood baggage to combat as well. But here is what I’ve learned from working with my brother.

I’ve always had issues with my bosses…thinking I knew more than them, frustrated with their management style, and feeling like I wasn’t 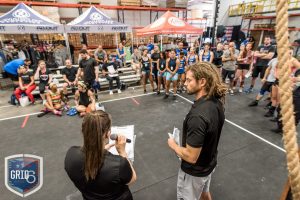 listened to.  But when your boss (or co-founder) is your brother, bitching about that person’s habits or faults becomes less acceptable since obviously I love him too.  So instead of simply copping out by placing blame on someone else I’m forced to look at why he’s having his reactions, and maybe why I’m having mine. More than half the time we come across an issue it has more to do with our past, or my own insecurities than it does about something he’s “doing wrong.”

This is relevant in all working environments, but it’s a lot easier to just complain and place blame when you don’t know someone as well as I know Mather.  Most of the time, people aren’t out to make your life harder, bosses don’t want you to feel frustrated, and co-workers have their own shit going on that affects their work.  Being understanding of this, and also looking at the ways you are affected by your own habits and deep-seated issues can make your working environment a hell of a lot more productive and enjoyable.

When Mather and I disagree about something business related, we usually talk it out and decide one way or the other based on experience and research.  Well…ok, we do that now.  We used to fight about it.  We’d get entrenched in our own ideas, go around in circles, and just end up upset.  If I “won,” I’d becoming a told-ya-so-know-it-all, and if he “won” I’d feel like a complete failure and sink into a hole of negative self talk. 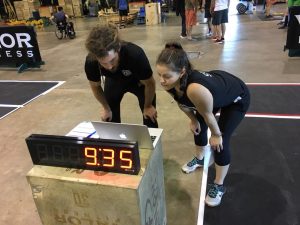 But, after the millionth time this happened I figured out that I struggle with a) asserting myself and my opinions especially when it comes to standing up to my big brother and b) valuing my own opinions enough to trust them.  But if I don’t trust my opinion how can I expect anybody else to? So once I really figured that out I had to work on myself more than I needed Mather to work on listening to me, our fights diminished and we work much better together.

It’s impossible to get along with every single person you’ll ever work with, but if you butt heads with someone consistently it can destroy your work environment completely, yet it often has nothing to do with work and is completely about personality.  I’m willing to bet there is something for you to face and work on that could make that situation more pleasant for everyone.

Mather and I work from home, and for years spent weeks living in the same apartment working side by side for 14 hours a day.  Our friends and family were each other. Our coworkers were each other. If our relationship goes south, we are screwed out of our careers.  And so we have been working hard on making sure our lives aren’t ruled only by work…we’ve expanded our circles and interests just enough to not go crazy, and it’s made us more productive and selective about where we put our energies.

It takes hard introspection, constant self-evaluation, and non-stop support of one another even when it feels impossible.  But as our mom always says (literally, she says this about once a week) “our work cannot get in the way of our family – you guys have to remain friends.”

Working with my brother has made both of us grow in a way we never would have otherwise.  He inspires me to constantly be better, try again, push harder, and I’ve inspired him to learn more, stay positive and keep organized.  When I need to cry out of frustration, or have a day where I ‘just can’t’ my brother understands because he’s known me my whole life. When he has a reaction that seems unwarranted I can look at his history, understand and move on.

We stand up for one another, trust each other, and admire each other, while being completely and totally opposite.  We never really get sick of each other and we will never stop supporting each other. But this wouldn’t work if we weren’t both open to change, and able to get out of our own heads to see the other’s perspective.